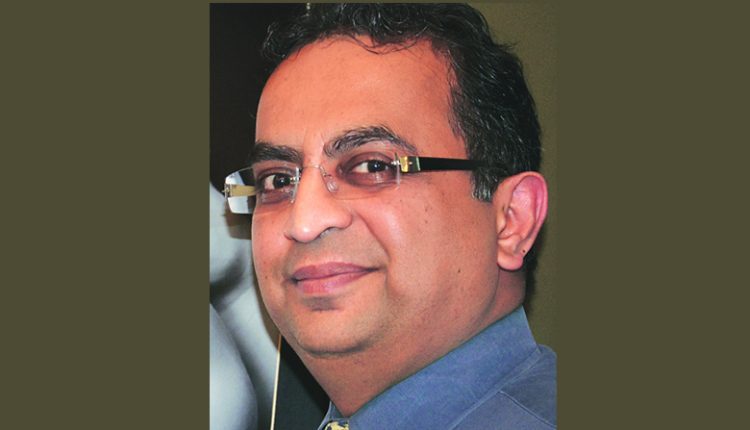 Dr Kishore Kumar, Founder Chairman and Neonatologist, Cloudnine Group of Hospitals opines on the importance of health insurance and the benefits to the people who have themselves covered with proper knowledge of the scheme

Healthcare in India is one such sector which is undergoing enormous transition. There is an increased income and health consciousness among the majority of the classes, price liberalisation and the introduction of private healthcare financing that is driving the change. Despite this, most Indians don’t have health insurance because many are eternal optimists – always think that the worst doesn’t happen to them and God will protect them. While cutting-edge technology has brought tremendous improvements there is a lot of buzz now for inclusion of new set of treatments such as fertility under the purview of medical insurance covers. Currently, both private and public health insurers do not include fertility procedures and treatments under their cover plans. But is that all? In my view, the condition of health insurance is pitiful as many parts of the population does not use health insurance to finance their medical expenditure.

Over the years the insurance industry in India has grown along with the country’s economy with several insurance companies in the country are expanding their operations, across both the public and private sector and offering more specialised covers to patients but it is sad to note that India still needs to take examples from the western world where insurance is ‘made compulsory’ in many aspects – for example: in Australia – you cannot buy a house without house building insurance whereas in India – majority of houses don’t have insurance. Similarly health insurance is compulsory in Australia for people earning more than $100,000 per annum though the Government provides healthcare free for all, this way to reduce the load on the government hospitals. In India currently, while health insurance is taken by people who are employed or employee provided insurance and it is still in infancy and not more than 15 per cent people have insurance.

What is currently lacking in India’s health Insurance
Currently, India chooses to have a healthcare payment system which is somewhere between the American and German systems. The American system of healthcare is a private, for profit system where the owners of insurance companies and the providers are largely privately owned. Premiums are collected from the insured, their employers and, for certain diseases. The amount of premium is based on actuarial risk, and selections and refusals do occur; reimbursement to providers is based on costs and a per procedure basis. The nature of subsidy is from the healthy to the sick; choice of procedures and providers is governed by health management organisations. Co-payments are high, and there is competition between different insurers. Regulation of the schemes is largely governed by good business practice with minimal interference from the government. This system is currently groaning under the weight of progressively high costs and is being subjected to introspection and reform. About 70 per cent of the population is covered by one or the other scheme.

One reason why pricing anomalies prevail is that insurance companies lack the data they need to assess health risks accurately. In addition, today’s insurance products work on an indemnity basis i.e. they look at health only as a series of payable events. It covers hospitalisation costs, which could be catastrophic as it gives precedence to tertiary level healthcare and encourages inpatient treatment. This is coupled with the fact that in the absence of any costing mechanisms, there is difficulty in calculating the premium, and the easiest and most illogical way wins viz, the reverse auction system or the lower bid.

Need for innovation
The number of uninsured in India is high. While the amount of government spending on healthcare and health insurance is gaining impetus, there is a need to increase the natural focus of the private sector for developing innovative solutions that encourage more Indians to purchase health insurance and to recognise the value of preventive rather than emergency care. Notable innovations are also occurring in terms of both digital distribution and creating more effective underwriting pools. With increasing healthcare costs, close network products are expected to be more effective in driving wellness and healthcare. This will also be aligned with the government’s vision on universal health insurance. Health saving and outpatient department (OPD) are two other opportunities where India has a good opportunity in coming years, considering the rising costs of healthcare. In India’s rural areas, however, expanded government coverage will likely be required to care for large numbers of poor citizens, and educational efforts will still be required to explain the benefits of health coverage to those who have never benefited from it.

People who have insurance also don’t understand the ‘small print’ and exclusions – hence this is one of the reasons when claims come, most people would take insurance looking at the premium but not seeing the details. As a general rule, most insurers even in the US and Australia – exclude maternity services for one year from insurance and dental for two years – these are standard exclusions. Here people take insurance to ‘claim’ expenses just before hospital admissions – hence leading to unnecessary ‘fights’ with poor understanding.

In India, people have been spoilt by the thought of that a ‘life insurance policy’ is equivalent to a health insurance. The general principle is if we take insurance, what will we get back? Insurance meaning in westerners is ‘peace of mind’ – that if something goes wrong, you are ‘covered’ – so the basic thought process of Indians are different, which makes the number of people taking out insurance will be less. This makes it unsustainable. The principle reason behind this is that people in India lack the knowledge of the simple steps to take to secure our healthcare costs. There is a need to invest in ‘counselling’ in hospitals than just taking them on their panel. Many hospitals in India are not experienced enough in India to explain the meaning of exclusions and claims to patients before admissions. No one in the industry is taking responsibility to develop knowledge and awareness of health insurance amongst the public; nor is specific expertise in health insurance being developed within the private sector, an expertise that is essential to dealing effectively with providers of healthcare services.

Things could change for people juggling between hospitals and health insurance…