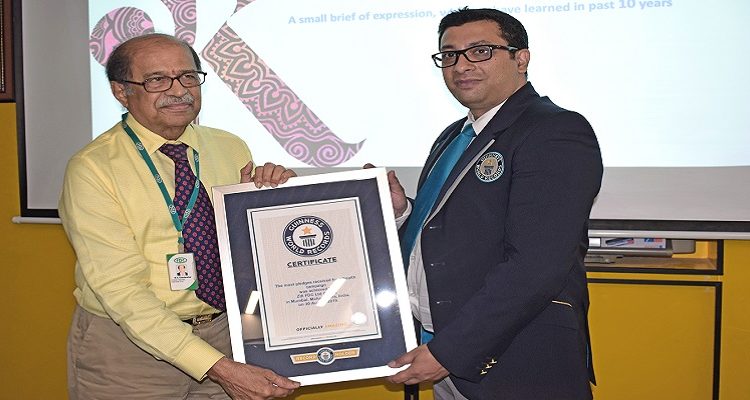 ZIFI-FDC have officially broken the GUINNESS WORLD RECORDS title of the most pledges received for health campaign of completing antibiotic course.

To address this raging public health concern of antibiotics resistance and antibiotic non-compliance, ZIFI-FDC took the initiative and ran a campaign called ‘SANKALP’, where FDC Spectra Field force involved all key stakeholders like patients, doctors, chemists and paramedical staff by taking a pledge from them for completion of full course of antibiotic therapy.

ZIFI took the initiative to educate maximum number of patients about the importance of completing the full course of antibiotic therapy and supporting healthcare professionals (doctors, paramedical staff and chemists).

ZIFI through SANKALP campaign has covered maximum number of people by taking their pledge for completing the full course of antibiotic therapy 5,69,057 (five lakh sixty nine thousand fifty seven) pledges were taken thereby breaking the world record which was audited and approved by Guinness World Records.

HCG’s hospital lab: A good example of an outsourced model