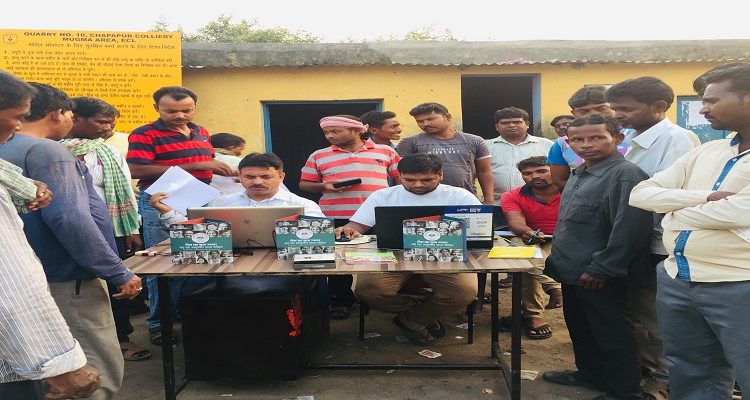 This drive was organised to increase awareness about the Government of India’s flagship scheme AB PM-JAY and the benefits offered under the scheme. It will enable the contractual staff of the Coal India and their families to verify their eligibility under Ayushman Bharat PM-JAY at the Beneficiary Identification system (BIS) kiosks, while also helping the identified beneficiaries avail secondary and tertiary treatment for serious illnesses anywhere across the country. The objective of the drive was to understand the feasibility level of BIS rollout via CSC, wherein five VLEs were responsible for their kiosk. Earlier, in South Eastern Coalfields Limited (SECL), Chhattisgarh, the execution of BIS drive enabled understanding the feasibility level of BIS rollout via empanelled hospital. Both the models were successful in implementing the BIS drive.

Earlier this year, the National Health Authority (NHA) signed an MoU with the Coal India empaneling 32 hospitals covering six subsidiaries under PM-JAY. This seventh drive was a step forward to streamline processes of healthcare delivery in the country by bringing in coal hospitals in the PM-JAY network and enable more and more people to seek and avail in-patient care at the country’s best hospitals. In line with this initiative, one pilot has already been successfully conducted on 1st June, 2019 in Mumbai at Chhatrapati Shivaji Maharaj Terminus (under Central Railways) and at Mumbai Central (under Western Railways) which was followed by a second drive on 18th June, 2019 at Chennai Central (under Southern Railways), followed by a third drive on 25th June at New Delhi Railway Station, Old Delhi Junction, Hazrat Nizamuddin Railway Station and Anand Vihar Terminal Railway Station (under Northern Railways), followed by a fourth drive on 27th August at Garden Reach Hospital, Kolkata (Eastern and South Eastern Railways), followed by a fifth drive on 6th September at South Eastern Coalfields Limited HQ and a sixth drive on 15th October at Central Hospital, Allahabad (Northern Central Railway).

Sharing their views, Vinay Ranjan, Director (P), Eastern Coalfields, highlighted that their partnership with the NHA is a step forward in enabling quality healthcare and access to the patients. They look forward to a productive partnership.