Radiologists who are serving, and have served the Armed Forces Medical Services (AFMS) in the past, were presented certificates of appreciation 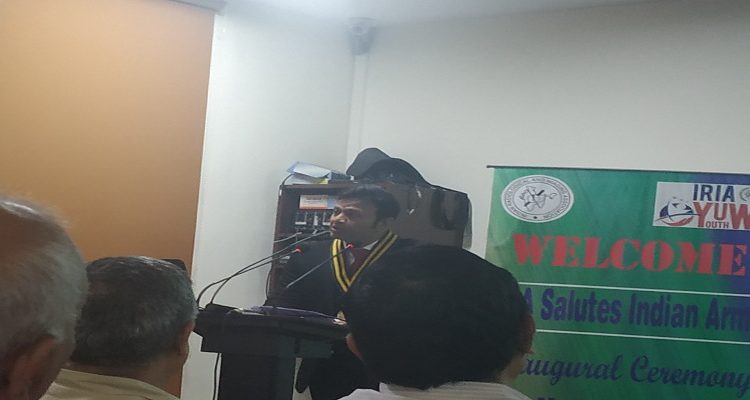 In a first-of-its kind initiative, the Indian Radiological and Imaging Association (IRIA), through its YUWA wing, conducted a ceremony to honour and felicitate the radiologists who are serving, and have served the Armed Forces Medical Services (AFMS) in the past.

Opening the ceremony, Dr Hemant Patel, President, IRIA, announced various other initiatives that IRIA has taken for the betterment of society. To name a few, these include an outreach programme under which a team of experts will go to non-metro cities to take breast cancer images throughout the country, a tree-plantation drive on 4th August, 2019 wherein radiologists will plant one lakh trees all across the country and Raksha programme under which they will donate things like shoes and books to school-going girl child.

The radiologists were welcomed with flowers and were presented certificates of appreciation at the ‘IRIA Salutes Indian Army’ ceremony held in IRIA House, New Delhi. They later shared their experiences with the august audience.

One of the major initiatives IRIA has taken is ‘Radiology for Indian Army’, under which it will start its expedition from Manali to Khardung La in Ladakh. More than 50 eminent radiologists, who have been chosen for this mission, will travel by road from Manali to Khardung La. Seminars, workshops and other academic activities will be conducted for army personnel and doctors in army camps.