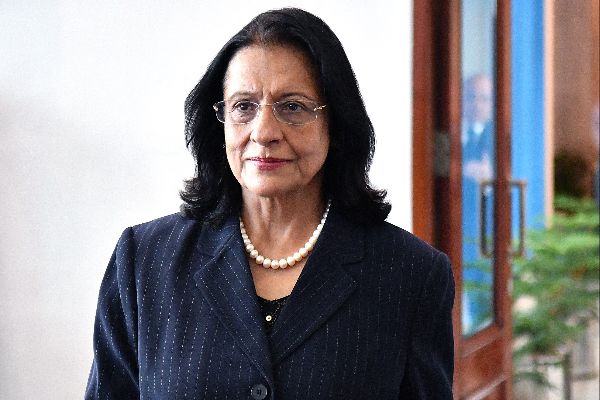 Leprosy-related discrimination, stigma and prejudice are the most powerful barriers to ending leprosy for good, especially given the disease is 100 per cent curable when detected early. Though the number of leprosy cases has steadily declined worldwide, an estimated 200 000 cases continue to be reported every year, with India accounting for more than half. Significant numbers are detected elsewhere in the WHO South-East Asia Region, Brazil, sub-Saharan Africa and the Pacific. This was stated by Dr Poonam Khetrapal Singh, WHO Regional Director for South-East Asia on the eve of World Leprocy Day.

Though leprosy is often equated with serious deformity and disability, the percentage of patients that present with these symptoms is down to 6 per cent, demonstrating the disease is being diagnosed earlier than ever. More than that, however, it demonstrates that leprosy needn’t cause the disability and deformity that fuels leprosy-related discrimination, stigma and prejudice, she stated.

According to Khetrapal Singh, as core public health interventions such as active case-finding, improved treatment regimens and strengthened surveillance continue to drive-down leprosy’s incidence and spread, the disease’s bio-social components must be brought to the fore. As outlined in WHO’s Global Leprosy Strategy 2016-2020, policies that promote inclusion and aim at ending leprosy-related discrimination, stigma and prejudice should be front and centre of all leprosy programmes, both as goods in themselves as well as powerful tools to achieve a leprosy-free Region and world.

She further said, “First among them is empowering people with leprosy to be agents of social change. This could include training them in advocacy and social mobilisation to enhance community buy-in and secure high-level support and funding for leprosy programmes. It could also include helping them form psycho-social support networks to reduce emotional and economic distress, thereby promoting the active participation of persons affected by leprosy in society more generally.”

Second is the need to promote access to purpose-built social and financial support for persons affected by leprosy. While the inclusion of leprosy-affected persons in vocational training is already underway in most endemic countries, these programmes should be expanded wherever possible. As part of this, clear information on how they can be accessed should be made available to every eligible person, thereby ensuring no one is left behind.

And finally, the human rights of persons affected by leprosy must be prioritised. Notably, in recent years India, along with other countries in the Region and beyond, has repealed legislation that discriminates against persons affected by leprosy: In 2016, for example, it repealed the draconian colonial-era Lepers Act, while earlier this month it repealed a law allowing leprosy as legitimate grounds for divorce. Both initiatives are to be commended.

Khetrapal Singh further said that WHO remains committed to providing Member States the normative and material support needed to chart bold progress and congratulates WHO Goodwill Ambassador and chairman of the Nippon Foundation Yohei Sasakawa on being awarded the 2018 International Gandhi Peace Prize for his contribution to ending leprosy in India and across the world. On World Leprosy Day we must renew our focus on accelerating towards a leprosy-free world and ensuring the disease is no longer a source of shame and anxiety, stigma and prejudice, but is rather a challenge all of us can unite around to overcome. That opportunity must be grasped, and a leprosy-free world secured for all.