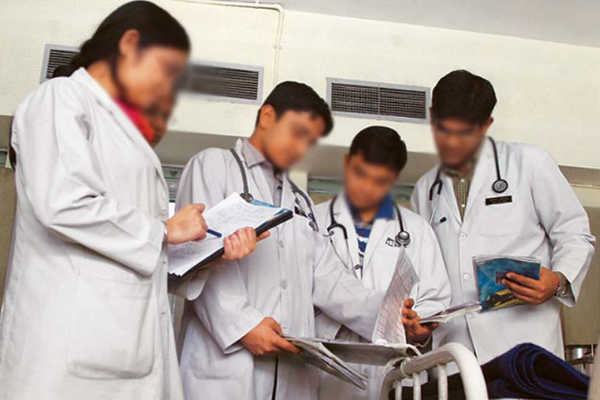 Goyal was speaking at a workshop recently organised by CII

Addressing the workshop on jobs and livelihood, organised by the Confederation of Indian Industry (CII) in association with the Government of India in New Delhi, Piyush Goyal, Minister of Railways and Coal, Government of India, said that though the employment opportunities have gainfully increased in the economy, however, the data sources are unable to adequately capture this increasing trend. Host of new age industries have come up on the horizon which have improved the livelihood of people without necessarily translating into a concomitant pick up in employment as they are not getting captured in the formal payroll data, he noted. Efforts must be directed towards greater job formalisation, including increased social security coverage to bring such employees into the formal jobs net, Goyal highlighted.

Another important issue which Goyal touched upon was the fact that due to the attraction of working in the government sector which comes with a host of social and job security benefits, there have been instances where a large number of people apply for government jobs which in turn are often used for painting a sorry state of the employment situation in the country. This according to him was an incorrect representation of the jobs scenario as it described the prevalent underemployment scenario more than unemployment one.

“We need to deliberate on new job openings in hitherto new areas such as tourism and healthcare, which carry a huge potential, owing to reformative policy measures of the government such as Ayushman Bharat etc,” Goyal noted. The key stake holders namely the government, industry, experts and academia need to brainstorm to capitalise on these opportunities for generating gainful employment opportunities for the youth in these sectors, he further highlighted. In this respect, Goyal noted that the capturing of employment data accurately is of prime importance.

Concurring on the need for capturing the employment data accurately, Prakash Javadekar, Minister of Human Resource Development, Government of India, remarked that concrete policy measures are needed for bridging this gap as anything which cannot be measured, cannot be improved. Creating a skilled labour force is also the need of the day to which the Government of India has proactively responded by launching schemes such as Apprentice Training Course etc, he said.

Earlier, setting the context, Dr Soumya Kanti Ghosh, Group Chief Economic Advisor, State Bank of India too noted that though India has taken a big leap towards payroll reporting by releasing data from EPFO, ESIC and NPS, however, there are issues about the quality and measurement of data. The numbers are frequently revised and the classification of the EPFO job data has left a lot be desired, Dr Ghosh remarked. He flagged the need for using the big data for counting informal payroll in India as it is critical to also look at the portion of population outside the scope of social security. He gave the example of the transport sector where during the NDA term, over 1.4 crore jobs were created in this sector alone. Further, Dr Ghosh emphasised the fact that India did not have a job creation problem, but a wage problem.

In his opening remarks, Chandrajit Banerjee, Director General, CII, highlighted that while jobs are providing livelihoods to millions of our people, it is more important to ensure good jobs and higher incomes. The quality of jobs, particularly to transition from informal to the formal sector, is of the highest priority. However, to be able to do this effectively, the current position with data and analysis needs to be assessed and gaps identified, Banerjee noted.

The workshop which was organised by CII in association with the Government of India, saw key stakeholders deliberate in areas such as jobs and livelihoods in the formal sector, informal sector, new age sectors, entrepreneurship driven sectors and skills development for employability. The deep-dives into these select focus themes was to identify the specific issues and recommendations and present them in the form of an actionable report to the government.

Can digital technologies bring radiology at the epicentre of healthcare delivery?