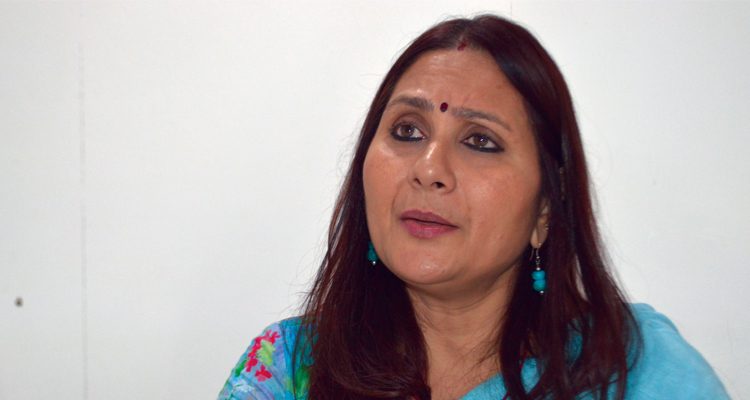 You are promoting the concept of midwife-led maternity care. What all does it entail?

Midwife means ‘with women’. Since thousands of years midwives were the ‘wise women’ who helped other women in their times of pregnancy, childbirth and post delivery stage. We even see ancient Egyptian, Indus Valley and Mayan sculptures of women being assisted in childbirth by midwives. Midwives are specialists in normal birth. Skilled midwives are specialists in the ‘physiology of labour and Birth’, and look at pregnancy and birth as a normal physiological process, in contrast to conventional hospitals and medical system which looks at pregnancy and birth as a medical event, and is tuned to provide ‘treatment’ for any ‘risk’ that may occur. Midwives not only provide physical care to expecting mothers, they also offer emotional support, being at their side, 24 hours during labour, encouraging the mother, making her feel confident and supported. Midwives are also skilled at anticipating when things are likely to go wrong, and to call for specialist medical care in case of emergencies. Therefore, midwives are often skilled caregivers, trusted friend, advisors, source of support to mothers, so much that they create lifelong relationships with the women they help give birth.

What drew you to this concept? How did Sanctum come into being?

When we moved back to India from the US in 2004, I was very troubled by the high rates of C-sections in hospitals, and the non-optimal experiences of mothers at the hands of their caregivers. The pendulum had swung so far in favour of hospitals, medical system, protocols, unnecessary tests and procedures, pervasive opaqueness and lack of information, absence of respectful care and so on.

I had at the same time got trained in Lamaze childbirth education philosophy, from the US based Lamaze International, which, through education, made would-be parents knowledgeable and confident that women’s bodies are tuned to give birth to their babies on their own, without unnecessary interventions. I started teaching Lamaze philosophy of natural birth to to-be parents, and very soon found many people were hungry for such classes and believed they were being denied the chance for natural birth by their hospitals. The classes were a hit – couples learnt unbiased, evidence based information about their pregnancy, their options, truth about various myths about interventions and became very confident.

However, they went back into the same system for their birth – one that had an overwhelming majority of caesarean and non-optimal care. The feedback we got from those parents was very heartbreaking. My husband told me that instead of giving up, I should catch the bull by the horns, and offer the ‘last mile’ to mothers who wanted natural birth. At the same time we met Dr Jayanthi Reddy, a well known Ob/Gyn who was also looking to make a change in her C-section rates. We collaborated to create a natural birth centre, which was led by me and my team of midwives and which cared for mothers under the natural birth focussed midwife model of care.

We also had support from Dr Jayanthi’s team of OB/Gyns and other medical specialists, in case there was a true medical need. For eight years we refined this collaborative model of care, so much that we were able to achieve a success rate of natural births which is unmatched in any urban hospital across India. We moved to a 10,000 sq feet freestanding birth centre in 2016.

What are the parameters that you check while employing midwives in your set up?

We believe that birth should happen outside the confines of hospitals. In most traditional hospitals we see the mother’s wishes are pushed to secondary status and whereas hospital protocols and doctor mandates rule the roost. We, along with most public advocacy organisations in the women’s health arena around the world believe midwives can be most effective being independent of hospitals and outside of obstetric-centric environments. Therefore autonomous, or independent midwives have been most successful in achieving best outcomes in maternal health, and in natural births. I look for midwives who are passionate, skilled, and at the same time very good in communication, have the ability to connect emotionally with mothers and families and have the initiative to go beyond the call of duty.

How is Sanctum’s delivery model different from a hospital-centric one?

Sanctum’s model of care is very different from a hospital-centric one. Perhaps the most important difference is that at The Sanctum, the mother is at the centre of the care universe. We believe the mother is the primary caregiver to her baby, and we are all the supporting cast. We empower the mother and her husband with knowledge, holistic care, 24×7 attention to her physical and emotional needs, and the confidence and trust they develop that they would be able to birth their baby naturally. So the mother feels she has endured the pain and birthed her baby, and not some doctor who has ‘delivered’ her baby for her. We offer continuity of care, meaning our mothers are cared for right from preconception, through pregnancy, childbirth, post partum care to well women and post menopause care. So that way, the woman has complete familiarity with and trust on her midwife. During labour our caregivers, nurses and duolas are always with the mother, encouraging her and building her confidence. Our midwives watch over her and her baby’s health like a hawk, no matter how many hours they have been without sleep or food or rest. It is total dedication to the cause that midwives believe that their’s is not a ‘profession’ but a ‘calling’. Our results in the past year have proven the superiority of our collaborative model of care. We are perhaps among only five birth centres in the world who offer this model of care.

Midwife-assisted births used to be common in India. How does the current system of midwife-led maternity care offer significantly more benefits that the model we practiced earlier?

Midwife assisted birth used to be common about 100 years ago. The midwife was an integral part of the ‘birth team’ when women gave birth. However, their knowledge was not scientifically obtained, rather through word of mouth passed down generations. There was deep wisdom in many of their practices. It is the lack of scientific underpinning behind their practices that forced them to be regulated out of the system. However now, in Scandinavian countries, the UK, Europe and in the US, midwifery as a scientific discipline is very much prevalent. When we brought the practice of scientific midwifery in India, along with it, we brought the science and rigour behind the practice that is prevalent in those countries with best birth outcomes in the world. Midwifery course includes rigorous training in physiology, anatomy, and other relevant disciplines that are required in maternal and newborn care. The current system of midwife-led maternity care at The Sanctum offers the best of all worlds to the mother since along with the natural birth focussed midwifery care, we are able to offer emergency care if required, from our backup medical team.

What are your plans for the next decade and how would you fund them?

We hope to see more birth centres with the collaborative model of care come up in India. We will help them get started and will bring to them our experiences and learnings so that they too can be part of this positive change.

What kind of shift does Sanctum wish to usher into India’s maternal health arena?

Our main goal is to make positive change in birth practices in India. We believe birth is a human right. Women have been deprived of their right to be able to decide how to give birth safely and in a manner they want. We want to bring back to mothers this right and empower them with informed decision making for their own birth. We plan to evangelise, build partnerships, influence public policy and take the help of media in spreading this message. We want all our mothers who have given birth at our centre to spread the message of good birth practices and influence their friends and loved ones to be empowered and trust their own bodies to give birth naturally, something that is good for mothers, babies and the future of our society at large.