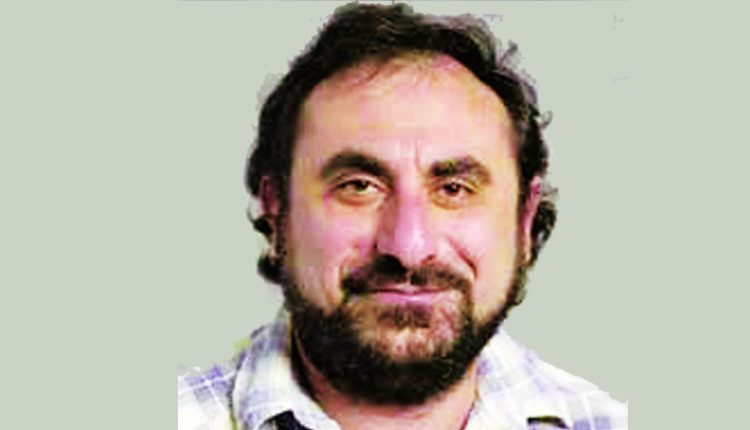 Weizmann Institute of Science recently conducted a study on how healthy nerve cell communication depends on calcium ions. The study led by Dr Eduard Korkotian from the group of Prof Menahem Segal of the Weizmann Institute’s Neurobiology Department can be instrumental in future research to focus on testing drugs that would keep the calcium reserves topped up and might also help the nerve cells to form new connections. Dr Korkotian in an interview with Raelene Kambli explains in detail about the research

What is the significance of calcium ions in the working of our nervous system? How does calcium affect nerve impulses?

Healthy nerve cell communication depends on calcium ions. First, by combining mathematical modelling with lab experiments, we found that brain plasticity centres on the synapses between nerve cells — with the dendritic spines on one side — known as ‘post-synaptic’ as this is where signals are picked up. On the pre-synaptic side, nerve cell extensions are known as axons fire off those signals. The dendritic spines consist of two parts, and each part can change independently. The ‘head’ of a spine can expand and contract; the ‘neck’ can lengthen and shorten. And in around 30 per cent of the necks, something additional was discovered: an organelle called spine apparatus. Previous research had shown that this organelle contains the protein synaptopodin – which regulates the amount of calcium released for synaptic plasticity.
The ion levels are dynamic: By regulating the oscillations of calcium in the dendritic spines, the spine apparatus affects the strength of the connections between nerve cells. In our research, we found calcium channels resident in spines that have openings pointed toward the spine’s head and which act as one-way valves to usher calcium ions into the apparatus. Other channels let calcium ions out in the other direction and this action then activates the production and delivery of proteins into the heads of the spines. This positive feedback mechanism ultimately strengthens synaptic connections.

What is the significance of the calcium ions being at the right place at the right time? Tell us about your new research on this subject?

The calcium ion channels in the spine apparatus are – by default – closed; we found that the calcium ions need to get to exactly the right spot to pry them open. To understand this in detail we worked with the group of Prof David Holcman of the École Normale Supérieure, Paris, to create a computerised model of the spine apparatus. We found that a single calcium ion in this spot is sufficient to activate the mechanism that opens the channel, thus increasing the probability that calcium ions will get into the dendritic spine heads where they can strengthen the nerves’ connections.

We also found that the spine apparatus is a ‘high-speed elevator’ for getting calcium ions into the dendrites – just one or two milliseconds, in contrast to 15 milliseconds or more – and the amounts that can be passed from one side to the other are around ten times higher, as well than any seen before. This is crucial for learning, memory and plasticity.

Research shows that dendritic spines change throughout our lifetime. What is the impact of these changes on our nervous system and especially on older people?

Yes, research in recent years has shown that dendritic spines change throughout our lifetime: growing or shrinking, appearing and disappearing. This is known as plasticity and it is linked to our brain’s ability to learn new things or forget old ones. We do know that in Alzheimer’s and other neurodegenerative diseases, the spines disappear. A cell loses the ability to communicate with other cells – even those with which it had previously kept in close contact. Once the calcium reserves are depleted, the entire synapse dries up and disappears. To truly understand the impact, however, we need to put these findings in the context of larger networks of neurons in the brain, as well as the impact of synapse depletion on the neurons, themselves.

Weizmann Institute researchers have discovered a unique mechanism for regulating these changes. Can you tell us more about the research and its findings?

The network of synapses enables each cell to communicate with thousands of others but just as some memories become stronger while others fade away, the connections between some individual nerve cells can improve with time while others may wither. And all of this, as noted above, relies not just on the proper storage and release of calcium ions, but on calcium ion regulation in the spinal apparatus which, through its oscillations, regulates levels in a dynamic manner. This work, as well as new research in collaboration with Prof Menahem Segal, revealed a molecule called Synaptopodin (SP), which our findings have implicated in calcium depletion in the spines.

How will this study positively impact future treatment mechanisms for neurodegenerative diseases?

The research in our lab is completely basic – that is we are looking at a phenomenon that occurs inside the dendritic spine. But we can speculate about future research that might have clinical application, which could, for example, focus on testing drugs that would keep the calcium reserves topped up. That way, the nerve cell could be prevented from degenerating, and it might even be given the opportunity to form new connections. In Segal’s research, published in the Journal of Neuroscience, mice that were genetically engineered to lack SP had fewer symptoms of an Alzheimer’s like disorder – including fewer signs of plaque in the brain – than the control mice.

AI in radiology: Where are we today?