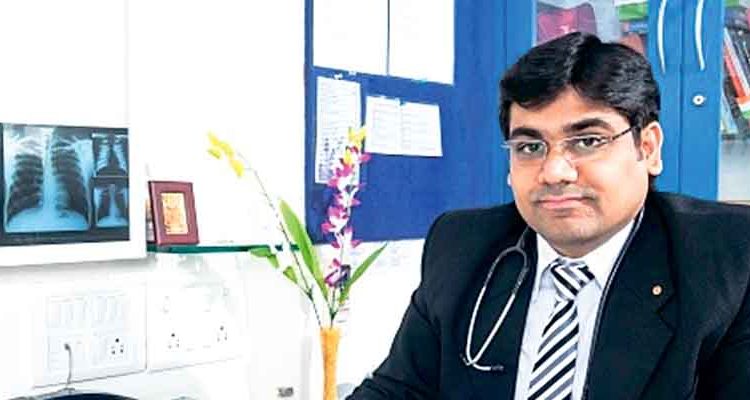 India needs an urgent collaborative, multi-stakeholder approach in order to accelerate progress towards the goal of ending the tuberculosis epidemic as per the Sustainable Development Goals (SDGs) deadline of 2030. In 2018, at the launch of the TB Free India Campaign at ‘Delhi End TB Summit’, Prime Minister Narendra Modi said that the government is implementing a national strategic plan (NSP) to end TB by 2025 and ensure that every TB patient has access to quality diagnosis, treatment and support. The recent years have seen a leap in medical advancements in the challenging area of drug resistant TB. It is now a matter of joining hands and putting together a concerted effort to ensure improved monitoring and diagnosis, access to treatment options, education, awareness around prevention, and adherence to end the perils of drug resistance.

Tuberculosis continues to be one of the top 10 causes of death worldwide and the leading infectious killer disease. Central to the problem is the fact that Mycobacterium tuberculosis, the causative bacteria can mutate and develop resistance to the anti-microbial drugs used to cure the disease (referred to as drug resistant TB). This bacterial resistance poses the biggest challenge to eradicate the disease as the bacteria then becomes far more virulent and warrants a more aggressive bactericidal approach.

Multi drug-resistant TB (MDR TB) is the form of TB that does not respond to at least isoniazid and rifampicin, the two most powerful anti-TB drugs. Extensively drug resistant TB (XDR TB) is TB which is resistant to at least four of the core anti TB drugs. XDR TB involves resistance to the two most powerful anti-TB drugs, isoniazid and rifampicin, in addition to resistance to any of the fluoroquinolones (second-line treatment drugs) and to at least one of the three injectable second-line drugs. Drug susceptibility and resistance can be detected using special laboratory tests which assess the bacteria for sensitivity to the drugs or detect resistance patterns. These tests can be molecular in type (such as the Xpert MTB/RIF and Line Probe Assay (LPA)) or else culture-based (such as the Mycobacteria growth indicator tube (MGIT) test).

Evidently, drug-resistant TB is a major public health crisis due to mismanagement of TB treatment and person-to-person transmission. Inappropriate or incorrect use of anti-TB drugs, or use of ineffective formulations of drugs (such as use of single drugs, poor quality medicines or bad storage conditions), and premature treatment interruption (due to unpleasant side effects such as nausea, vomiting and rashes; or due to the long duration of treatment) leading to poor adherence can cause drug resistance, which can then be transmitted, especially in crowded populations with poor immunity.

A new priority ranking of available medicines for MDR TB based on a careful balance between expected benefits and side effects is now available. These treatment options have been outlined in World Health Organisation’s evidence-based guidelines based on drug susceptibility testing (DST). The management of patients with MDR TB has dramatically transformed for the better, as a result of these new, more potent drugs which are proven to be safe in clinical practice. Recent years have seen the entry of two new breakthrough drugs Bedaquiline and Delamanid that directly combat the enduring scourge of MDR TB. Since 2016, the MoH&FW’s Central Tuberculosis Division (CTD) has made these drugs available through a Conditional Access programme (CAP), implemented by state governments, in a phased manner across the country. The treatment duration for MDR is two years including six months of injectables as against six months for drug susceptible TB.

The principles of MDR TB treatment include appropriate counselling to enable informed and participatory decision-making ahead of enrollment on treatment, dissemination of patient information material so that patients are appropriately informed about their treatment options, social support and physician confidence to enable adherence to treatment, access to safe and effective medication, and active drug safety monitoring and management (aDSM) for all patients enrolled on MDR TB treatment. In addition to radiology-based tests such as X rays and CT scans, it is important to conduct follow up microbial checks to monitor for relapse and effectiveness of the treatment.

The MoH&FW’s conditional access plan (CAP) is a systematic and cost-effective approach designed for the use of new generation MDR TB drugs across India based on the balance between benefit and side effects. In addition, since 2005, as part of the Revised National TB Control Programme (RNTCP), Directly Observed Treatment Short-course (DOTS) strategy, the government provides free of cost treatment and diagnosis for all variants of TB including the new generation MDR TB drugs and susceptibility tests. The need of the hour is a more streamlined and aggressive approach to access the government CAP and DOTS offering. In addition, India urgently needs more trained and motivated medical experts to educate patients and caregivers about the various treatment options, the need for drug compliance, to provide effective counselling and to prescribe drugs based on the patient’s drug resistance and tolerance. Finally, regular monitoring is required to ensure treatment adherence and efficacy and prevent relapse. Public Private Partnerships (PPPs) provide a feasible solution to bring all these elements of TB management together effectively. A collaborative, multi-stakeholder approach is therefore the only solution to meet the SDGs for TB by 2030.

Malaria on the decline in WHO South-East Asia Region; efforts must continue as risks…