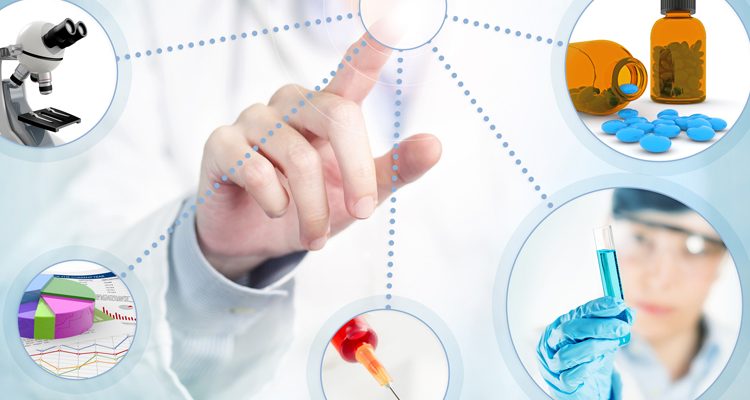 Without POC AMR diagnostic tests, doctors are literally shooting in the dark

According to WHO statistics, across the world, Antimicrobial Resistance (AMR) kills an estimated 700 000 people annually, including 230000 from multi-drug resistant tuberculosis.

As we put one more World Antibiotic Awareness Week behind us, will we lose sight of the dire situation in India?

Imagine the scene in a doctor’s clinic in Mumbai or any one of India’s metros. Crowded, children crying, people coughing. The lone doctor struggles to cope with the load, especially during monsoons, when infections spread easily. She gets just a few minutes per patient, to decide the course of treatment.

The doctor‘s decision in those crucial moments is crucial to the AMR crisis. Because if the doctor misdiagnoses a viral infection for a bacterial one, and prescribes an antibiotic, the patient might just be one step closer to creating antibiotic-resistant microbes. Because antibiotics don’t work against viral infections so not only did the patient pay for medicines she did not need, but she also runs the risk that the bugs will be resistant to these antibiotics the next time she really needs them.

What if the doctor could prescribe a quick blood test to get a more definite idea of the patient’s illness? Rather than relying solely on symptoms reported by the patient, the doctor now has evidence to base her decision on. The next step is, if its a bacterial infection, can the test also identify the drug resistance profile and extent of the infection?

The hallmarks for such a diagnostic test are that it should be easily administered at the point of care (PoC), which is either the doctor’s clinic, a primary health centre or a patient’s home. Mindful of the doctor’s time and an impatient patient, the test results need to be delivered quickly as well. Many tests, therefore, aim for same-day results. And of course, the test needs to be low-priced.

The need for AMR related diagnostics has spurred the POC diagnostics market and there are reportedly quite a few innovative tests in the pipeline. Most tests call for genome sequencing, specific DNA probe detection (e.g. using PCR) and quantitation; and proteomic mass spectrometry.

Policymakers too have started various schemes to encourage research in AMR diagnostics. For instance, the Indian governments’ BIRAC has awarded grant funding to many startups developing POC tests, especially in this segment.

Startups have stepped into the fray as bigger diagnostics majors have been traditionally averse to invest in low priced tests, preferring high-end lab-based tests. But the size of the POC market is seeing renewed interest from the diagnostic majors as well.

Private organisations have started competitions in AMR diagnostics to spur researchers. A good example is the Longitude Prize, a challenge with a prize fund of £10million, and an £8m pay-out to the winner, which was launched in 2014.

Most of India’s leading diagnostics chains do have tests along these lines and are closely watching this space to add more such tests to their bouquet. Some diagnostic labs have started initiatives to collect data and look for trends in infections reported, as well as antibiotic resistance. For instance, SRL Dr Avinash Phadke Labs recently unveiled a report on Mumbai’s antimicrobial resistance, based on the study of 40500 selected samples received over nine months (January to September 2019) from Mumbai. Top findings of the report include a list of bacterial organisms affecting Mumbaikars, the top infections caused by these organisms, the antibiotics Mumbaikars are most resistant to and those that could  be possibly used against drug-resistant bacteria cases. The sample size is small and confined to just one city, but the key insights from this report should convince more diagnostics labs to conduct such studies, with larger sample sizes and across more cities. These studies could then become a rich source of epidemiological data to track AMR.

Policymakers and private funders in healthcare care should heed the warning in Longitude Prize Patent Report 2018. Given that large companies would rather invest in laboratory-based testing than POC kits, thanks to the larger ticket size, the writers suggest that policymakers will need to ring-fence funds to assure that products are purchased and new norms are created, whereby, biological testing before antibiotic prescribing becomes the norm.

The report also forecasts that for low and middle-income countries (LMICs), there will likely be a need to prime the market, as was done with diagnostics for AIDS, tuberculosis and malaria.

Lastly, the WHO statistics have some sobering facts for India. By 2050, unless urgent action is taken, AMR is expected to kill 10 million annually, of which two million will be Indians. Therefore, it is imperative that researchers, investors, policymakers and doctors step up efforts to develop quicker, more easy-to-use POC tests which can be used by doctors before they start treatment.

The good news is that some promising startups are doing good work in this segment. Let’s hope they find the ecosystem to scale up and launch as early as possible.