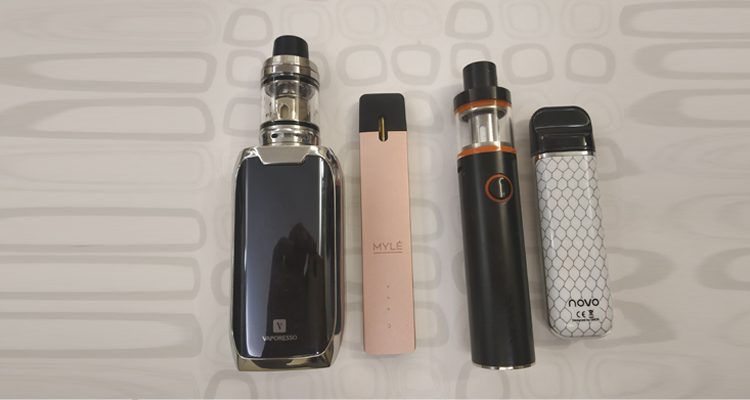 A voluntary association of Trade Representatives of ENDS in India, TRENDS is trying to share its recommendations with various government bodies on a proposed country-wide ban on e-cigarettes

In the wake of banning the sale of e-cigarettes in at least 12 states in India, TRENDS – a voluntary association of Trade Representatives of ENDS in India — has been trying to reach out to several government bodies in order to share their recommendations on a proposed country-wide ban on e-cigarettes.

In a media round-table interaction in Delhi, Praveen Rikhy, Convenor, TRENDS, told Express Healthcare that even though they have been trying to reach out to the authorities, the association is not getting any response from any state or the central government.

E-cigarettes are battery-operated devices that are made up of four elements, namely nicotine, flavourings, propylene glycol and vegetable glycerine.

In several letters written to different representatives in the Ministry of Health and Family Welfare, copies of which have been shared with Express Healthcare, TRENDS has given various recommendations regarding the manufacturing, distribution and sale of e-cigarettes in the country. Some of them include:

Citing examples of many countries that have allowed and regulated ENDS, TRENDS, in its letter to MoH&FW, has said, “The members of TRENDS are also willing to enforce self-regulatory measures such as robust age gating, mystery shopper programmes, audit reports to the government, collaterals at point of sale prohibiting sale to minors, etc.

“69 nations have allowed and regulated ENDS, and empirical evidence from countries that have allowed e-cigarettes show smoking rates have declined at a historic pace. For instance, in the UK, smoking prevalence declined from 17.8 per cent of the population in 2014 to 14.4 per cent of the population in 2019. Similarly, France has seen a 12 per cent decline among smokers in the last two years roughly equating to 1.6 million smokers who have switched to lesser harmful alternatives. Even countries like the UAE, Seychelles and Thailand, which had banned ENDS earlier, have or are in the process of framing regulations for the category,” the letter added.

Quoting a few studies, she said, “An e-cigarette has 0.4 per cent carcinogenic risk as compared to a cigarette and significantly lower exposure to carbon monoxide. Completely switching to it reduces exposure to toxins by 99 per cent.”

In addition to it, she said, “ENDS reverses some of the harm from tobacco smoking in COPD patients.”

As per a MOH&FW report 2011, the total economic burden of tobacco-related diseases is Rs 1,04,500 crore. As per GATS survey 2016-17, 55.4 per cent Indian smokers planned or were looking to move away from smoking completely. According to TRENDS, e-cigarettes are an alternative available to existing smokers and tobacco users to reduce risk to their health. E-cigarettes deliver an amount of nicotine almost equivalent to that from smoking a cigarette, and do not have any therapeutic value.

TRENDS is a two-months-old startup and has been looking for allowance of selling of e-cigarette devices in India that range from Rs 300 – Rs 7,500 and are currently imported from China, the UK, the US and Canada, among some other countries. “In western countries, vaping is cheaper than smoking and it meets a person’s physiological as well as psychological needs,” claimed a TRENDS representative.

25th World Congress of Dermatology to be held in Singapore