Home  »  Lab Diagnostics  »  SPIT SEQ has recorded with 100 per cent sensitivity and 98.04 per cent specificity

SPIT SEQ has recorded with 100 per cent sensitivity and 98.04 per cent specificity 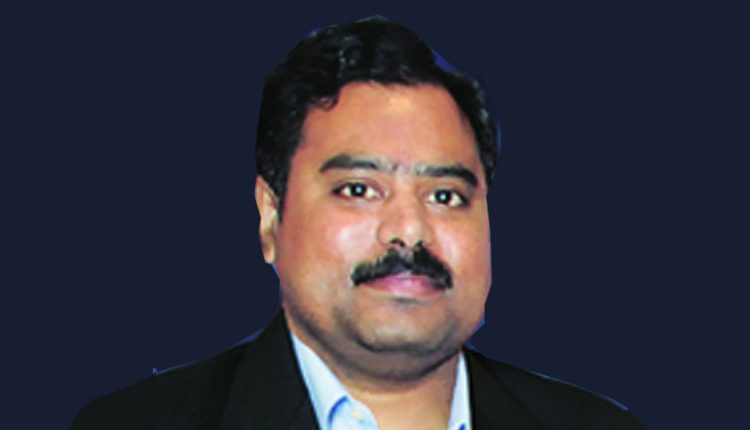 Drug resistant TB is a major cause of concern in India. Many diagnostics companies are researching on the ways and means to identify mycobacterium tuberculosis at an early stage. Medgenome is one such company, investing immensely in this area. They have recently come up with a novel culture-free WGS test. Dr VL Ramprasad, Chief Operating Officer, MedGenome Labs gives more details on the same in an interview with Raelene Kambli

Tell us about the growing drug resistance mutations in tuberculosis bacteria in India?
According to a WHO report, India saw 2.7 million TB cases (incidence + relapse) in 2017. India accounted for 27 per cent of global TB deaths. Globally, 3.5 per cent of new TB cases and 18 per cent of previously treated cases had multi-drug resistant/rifampicin resistant TB (MDR/RR-TB). India is one of the top three countries with the largest number of MDR/RR-TB cases that constitute 47 per cent of global MDR/RR-TB cases.

What is Direct Whole Genome Sequencing and how does it help in early diagnosis of drug resistant TB?
Direct Whole Genome Sequencing is getting the sequencing of the whole mycobacterial genome from the DNA extracted from clinical samples (sputum). Typically, the process of analysing the drug resistance is very long which delays treatment for a TB patient. The current expertise allows testing resistance only on four drugs hence the patient had to wait until testing on all possible drug concluded. In such a situation, where long turn-around diagnosis time, repeated testing led to multiple changes in the course of treatment along the way. Direct Whole Genome Sequencing reveals information on drug resistance mutations for all anti TB drugs in a matter of 10 days. Soon, this technology will help in optimising the precise management of a TB patient. Hence, SPIT SEQ not only brings accurate results but also saves a lot of time where TB treatment is concerned.

What is the significance of your breakthrough DNA test?
The conventional tests available in the country equip us to identify resistance in a limited fashion. Mtb (Mycobacterium tuberculosis) is slow-growing, taking 6-8 weeks for culture growth, thereby delaying not only TB diagnosis but also the drug resistance testing. SPIT SEQ is a culture-free WGS (whole genome sequencing) method for identification of Mtb and prediction of drug resistance with a turnaround time of 10 working days. WGS helps to resolve the so called non-interpretable (NI) results that occur when a locus of interest has neither the wild type nor the specific mutation of interest present the currently available LPA test. In addition to these loci that are covered in the LPA test, Information regarding the other first line drugs like Pyrazinamide and Ethambutol can also be extracted from the WGS data.

How does this test function?
Whole genome sequencing of Mycobacterium Tuberculosis (Mtb) directly reveals mutations in the bacterial genome that provides crucial information on drug resistance mechanisms. The test is performed directly on sputum sample which eliminates a time-consuming step of growing culture. The bacterial DNA is isolated from sputum sample and sequenced with tiling probes(specific for Mtb) detecting mutations in the whole genome of mycobacterium tuberculosis.

What kind of impact would this test have in controlling TB?
SPIT SEQ not only brings accurate results but also saves a lot of time where TB treatment is concerned. In lines with India’s objective to counter TB effectively and quickly, this test aims to benefit the last person living with TB today. Over and above the advantages at individual level, SPIT SEQ can also be used for strain typing, epidemiology studies and disease surveillance due to its voluminous data availability.

Has this test been validated?
SPIT SEQ has been validated with over 100 samples where it recorded with 100 per cent sensitivity and 98.04 per cent specificity when compared with Line Probe Assay (LPA). 50 out of those samples were in association with P D Hinduja Hospital and Medical Research Centre, Mumbai. A manuscript is under review for publication.