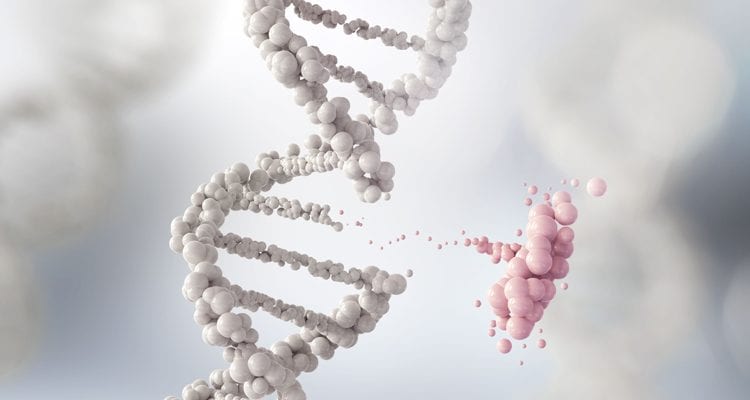 Levine Lawrence, Community Manager, Voice of Cancer Patients, gives an insight on the need for more precise guidelines for risk reduction and surveillance in cancer cure and also provide adequate counselling and testing for the appropriate population that is at risk of getting the disease

It is difficult to pinpoint an exact cause for a person to contract cancer. Even today, after decades of cutting-edge research on cancer, researchers are still struggling to identify specific agents that can cause this disease. There is a wide range of potential carcinogens out there, including tobacco, toxic chemicals, radiation, pesticides, genetic makeup, air and water pollutants, etc.

Medical tests such as ‘predictive genetic testing’ can look for cancer risks from inherited gene mutations. Most people do not need this type of genetic testing; it is recommended only when certain types of cancer run in a family and a gene mutation is suspected. This genetic testing is needed when there is a cluster of cancers in a family that has been linked to a single gene mutation such as breast, ovarian, colorectal, or pancreatic cancers. Particularly, two well-known genes named ‘BRCA1’ and ‘BRCA2’ can mutate and raise the risk of breast or ovarian cancer. In fact, BRCA is an abbreviation for the ‘BReast CAncer gene’.

BRCA genes are present in every cell in all human bodies, whose function is to keep our breast cells growing normally. However, these genes mutate in some abnormal circumstances, resulting in their cells to grow uncontrollably and form a tumour. Parents can pass on mutations in BRCA1 and BRCA2 on to their children. Men with a mutation are just as likely to pass this gene to their children as women. Since the discovery of these two mutations in 1994, about 80 per cent of the women who inherited mutated forms of these genes developed breast cancer in their lifetime, usually at a relatively early age.

Individuals who have a family history of cancer occurrence should undergo genetic testing to check if they have a hereditary risk of getting cancer. This awareness has understandably led to a steady increase in predictive genetic testing. The global predictive genetic testing and consumer genomics market was estimated to be at $3.4 billion in 2018 and is anticipated to grow at 13.9 per cent CAGR by 2025. A few companies like Ancestry and 23andMe have sought the US Food & Drug Administration’s approval for providing genetic test results directly to customers. However, the American Society of Clinical Oncology recommends that genetic testing should be done along with pre-test and post-test counseling, which includes discussion of possible risks and benefits of early detection.

Conversations on family history of cancer
To find out cancer patient concerns about hereditary aspects, Voice of Cancer Patients (VoCP) conducted research studies by collecting insights from healthcare experts and data from online social media conversations. They collected 15.13 million social media messages from 987,189 users found on 37 online forums, which provided clinically relevant information. Using advanced Natural Language Processing and Machine Learning, they analysed these messages for genetic mutations associated with breast cancer and patient concerns in this regard. Out of 15.13 million, 30,074 messages from 7,838 distinct users were discussing about genetic mutations and testing.

Their queries and concerns are rich sources of information about how people feel about their cancer diagnosis, treatment, side effects and other factors influencing their illness such as hereditary aspects. VoCP found 3,083 people mentioning their family history of cancer and some mentioned several occurrences of cancer in their family. Breast cancer was clearly the leader among the number of messages discussing a positive family history of various cancers:

It was also noted that patients were discussing different risk assessment models such as GAIL, BRCAPRO, BOADICEA, IBIS, Tyrer-Cuzick, and CLAUS Model. 174 messages from patients discuss their gaining information about models from their oncologists and from the following organisations: NCBI, Pubmed, Journal of the National Cancer Institute.

There is increasing awareness about genetic testing and germline mutations such as BRCA1 and BRCA2 in breast cancer. Positive family histories of cancer are mentioned among 10 per cent of patients seeking genetic testing. More patients are being tested using multi-gene panels and many more genetic mutations are being identified. More research is needed to better identify ethnic and demographic populations at risk for these genetic mutations.

As more mutations are identified, more precise guidelines for risk reduction and surveillance will have to be developed and more resources will be needed to provide adequate counselling guidance and testing for the appropriate population that is at risk of getting cancer. Studying the various social messages about this aspect can help researchers gain insights into causation and correlation among breast cancer patients.