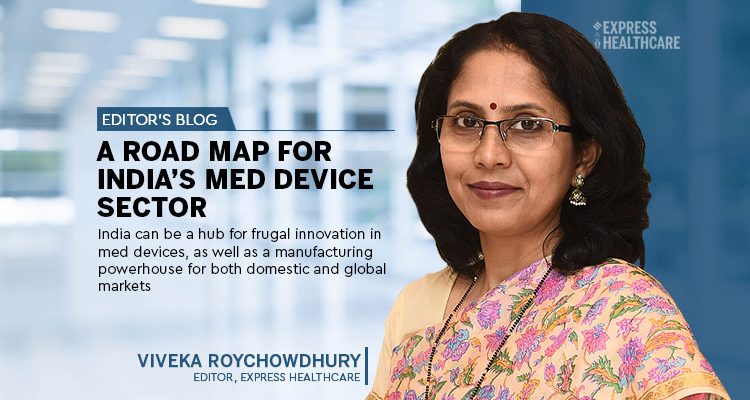 India can be a hub for frugal innovation in med devices, as well as a manufacturing powerhouse for both domestic and global markets

As the US-China trade war intensifies, the US-India stalemate on medical devices could see some resolution. The tricky part will be to balance Prime Minister Modi’s Make in India dream with President Trump’s demands to further open up India’s market.

The price caps on med devices had become a sore point between the two nations but policy makers in India are showing agility when justified. The Ayushman Bharat (AB) scheme which completes a year this September is being tweaked. Corporate hospitals will be pleased to know that rates for certain medical packages are being revised upwards. Additionally, the package for implants will not be a lumpsum, but divided between the cost of the implant and surgery. This step could benefit both patients who now have the choice of better implants as well as manufacturers of higher-end implants.

Similarly, media reports suggest that India could consider applying trade margins on heart stents and knee implants at the first point of sale (price to stockist), instead of imposing it on the landed prices, as was planned earlier.

This represents a lion’s share of India’s total imports of med devices and equipment which was $5000 million in 2018 and is expected to be $ 5500 million in 2019. Perhaps this explains why the American Chamber of Commerce in India (AMCHAM–India) is the only association of Indian subsidiaries of overseas med tech players represented in the Medical Devices Technical Advisory Group (MDTAG).

It is only to be expected that AMCHAM-India will have its own mandate. It’s medical technology working group, made up of representatives of the local subsidiaries of US med tech and pharma companies aims to ‘… to foster partnership with government and trade bodies, and promote policies that ensure sustainable access to the latest, highest quality medical technologies by healthcare professionals and their patients in India. Thereby to promote commercial dialogues which would foster innovation and technological advancement in India …’

Policy makers therefore need to move faster on reducing India’s dependence on med device/tech imports. Following the template of the telecom and electronics sectors, the Niti Aayog is reportedly drawing up a strategic road map for med devices, similar to the incentive package that gives sizable capital subsidies for the electronics business which helped boost local production of cell phones in the country.

This can still be a win-win game. How can MNC medical device players ensure that they can access India as a market for their med tech products, while serving India’s need as well? A 2016 report by Deloitte and NATHEALTH has some suggestions.

Firstly, med device companies should develop India as a manufacturing hub, for both domestic demand and international markets.

Secondly, they should undertake frugal innovation or India-based innovation in combination with indigenous manufacturing, collaborating across the Make in India and Innovate in India schemes.
Thirdly, the report suggests that both MNCs and Indian companies need to revisit their operating models for India. Low to medium technology products that have a precedence of manufacturing in India can be produced in large quantities to cater to the under-penetrated domestic markets.

Additionally, MNCs need to view manufacturing in India as a risk diversification strategy, as approximately 30 per cent of incremental demand for medical devices would come from India.

At $3, India has the lowest per capita spend on medical devices among BRIC countries. This is compared to $7 in China, $21 in Brazil and $42 in Russia. Every med device company, both Indian and MNC, is chasing this massive under–penetration of med devices in India as a significant growth opportunity.

Let us hope that Commerce Minister Piyush Goyal can use this lever at the next trade talks with the US this September.

The prescription for secure healthcare